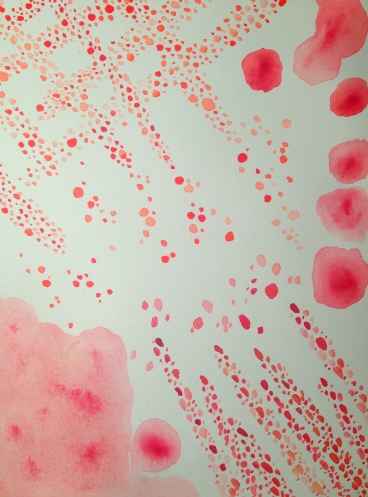 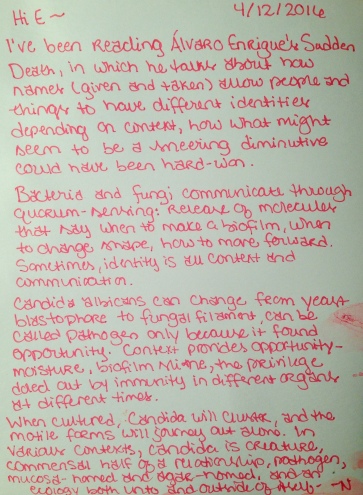 I’ve been reading Álvaro Enrigue’s Sudden Death, in which he talks about how names (given and taken) allow people and things to have different identities depending on context, how what might seem to be a sneering diminutive could have been hard-won.

Bacteria and fungi communicate through quorum-sensing: release of molecules that say when to make a biofilm, when to change shape, how to move forward. Sometimes, identity is all context and communication.

Candida albicans can change from yeast blastopore to fungal filament, can be called pathogen only because it found opportunity. Context provides opportunity – moisture, biofilm slime, the privilege doled out by immunity in different organs at different times.

When cultured, Candida will cluster, and the motile forms will journey out alone. In various contexts, Candida is creature, commensal half of a relationship, pathogen, mucosa-homed and agar-homed, and an ecology both unto and outside of itself. 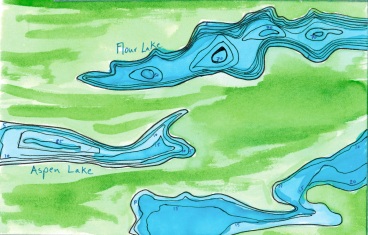 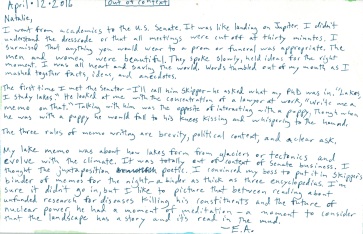 I went from academics to the U.S. Senate.  It was like landing on Jupiter. I didnt understand the dress code or that all meetings were cut off at thirty minutes.  I surmised that anything you would wear to a prom or funeral was appropriate.  The men and women were all beautiful and spoke slowly, held ideas for the right moment.  I was all emotion and saving the world. Words tumbled out of my mouth as I mashed together facts, ideas, and anecdotes.

The first time I met the Senator -I’ll call him Skipper- he asked what my PhD was in.

He looked at me with the concentration of a lawyer at work, “Write me a memo on that.”

Talking with him was the opposite of interacting with a puppy, though when he was with a puppy he would fall to his knees kissing and whispering to the hound.

The three rules of memo writing are brevity, political context, and a clear ask.

My lake memo was about how lakes form from glaciers or tectonics and evolve with the climate.  It was totally out of context of Senate business. I thought the juxtaposition was poetic. I convinced my boss to stick it in Skipper’s binder of memos for the night – a binder as thick as three encyclopedia volumes.  I’m sure it didn’t go in, but I like to picture that between reading about unfunded research for diseases killing his constituents and the future of nuclear power, he had a moment of meditation – a moment to consider that the landscape has a story and you can read it in the mud.